“WHAT BETTER THING COULD THERE BE THAN TO DIE FOR THE GLORY OF GOD?”

During the Spanish Civil War between 1936-1939, many priests, religious and laity were put to death. Nintey-five Salesians were included in this number. The Seville-Madrid group, led by Fr. Enrico Saiz Aparicio, numbers 63 of this group in all. The Decree of Martyrdom has already been proclaimed.

Fr. Enrico Saiz Aparicio was the courageous Rector of the Salesian aspirantate in Carabanchel Alto, on the outskirts of Madrid. When soldiers broke into the institute, he immediately said to them, “If it is blood you are after, then here I am. However, do not harm the youngsters.” The young men were freed, while Fr. Saiz and eight other Salesians were taken and then killed. Shortly before he died, he confided to a friend, “What better thing could there be than to die for the glory of God?” He offered his life in exchange for the young people whom Divine Providence had entrusted to his care. He gave his last breath for them. 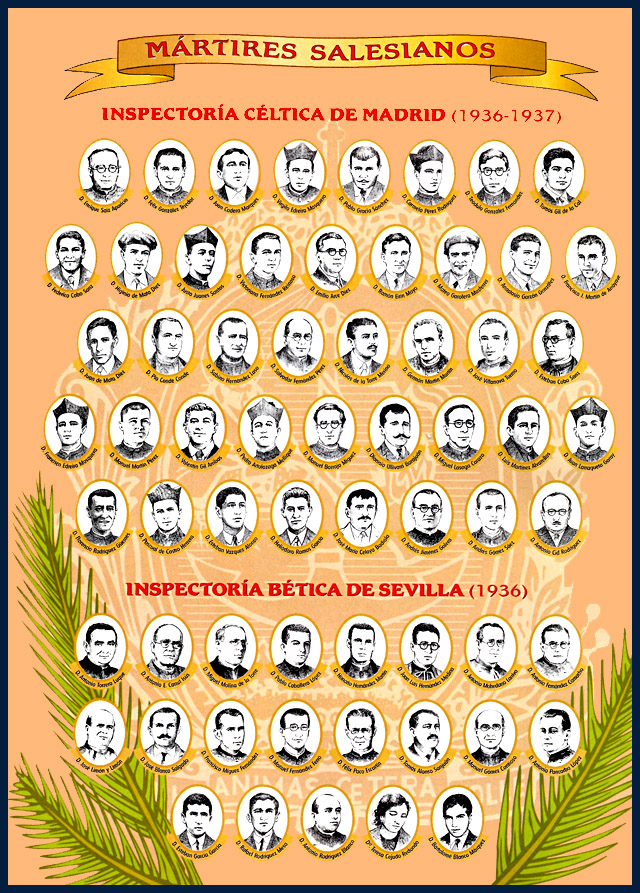